Base of operation: Falmouth 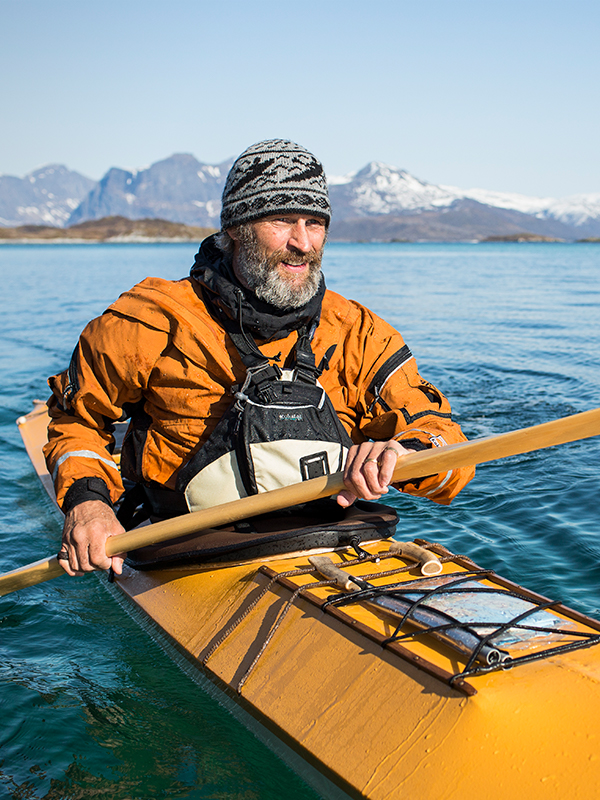 Jeff first started kayaking as a young lad in the Cub Scouts, then followed it on throughout his life, in the sea cadets, then the army, but it was seeing the graceful lines of a Valley Nordkap, laid out on the beach in Cyprus, whilst serving with the United Nations that inspired him to take up sea kayaking. Leaving the army in 1987, Jeff’s love of the outdoors took him in persuit of the ocean, and he moved to Falmouth in Cornwall in 1987. Since this date Jeff has worked on or near to the ocean. In 2003 Jeff established Sea Kayaking Cornwall, the first commercial sea kayaking business in the south west, he knows the Cornish coast intimately. Jeff is a world renowned expedition Sea Kayaker, and has chalked up circumnavigations of Japan, South Georgia and Ireland as well as completing major expeditions in Scandinavia, he has guided and coached commercially since 2001 and is well known for his presentations and talks which he has delivered at many different sea kayak symposia. He specialises in Incident management and rough water rescue clinics.

In 2009 along with Dave Whiddon RNLI- Jeff developed the first sea kayak specific ‘Sea Survival’ Programme which has now been incorporated into the ISKGA framework.

In 2012 Jeff developed the idea for an independent sea kayaking organisation to be formed, which would represent the needs of the commercial sea kayaking guide, ISKGA was born later that year.