Base of operation: Torquay 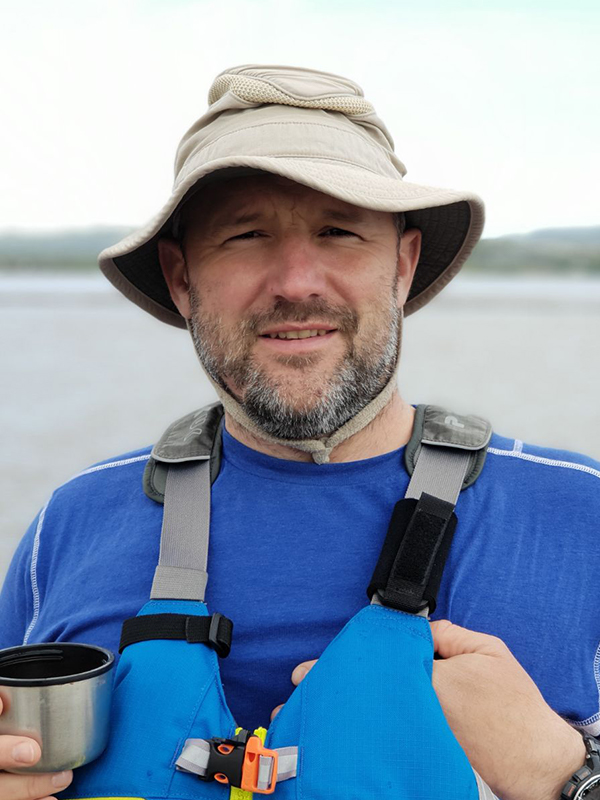 Lee is a former Royal Marine Commando with a background of white water and Kayak marathon racing, he completed the Devizes to Westminster race three times, the last time with a triple amputee veteran and friend raising money for charity, they then paddled as part of the Queens Diamond Jubilee pageant in Sea Kayaks and so began his obsession. Lee then paddled the English Channel as part of the 350th anniversary of the Royal Marines and continues to support paddle sports in the military.

On completion of his 4 Star Sea he completed the ISKGA Advanced Guides course and is a level 2 Sea Kayak Coach. Lee offers nature assisted therapy for people suffering from psychological trauma by helping them with the healing power of the Sea and the great outdoors. Lee is a Subject Matter Expert for the ‘Expedition Skills Module’ and has drawn on his specialist military experience to deliver this module of ISKGA syllabus and is a keen forager. A passionate wildlife enthusiast Lee is a strong advocate of the leave no trace policy and provides informative and fun alternative culinary experiences from a Sea Kayak. Lee has guided in Norway, France, Cyprus and the UK

“Sea Kayaking for me is more than just going paddling, it was at a time in my life a means of therapy. It gets me to places otherwise unreachable and in a position to witness nature in its raw beauty”